The conclusion to the matter... 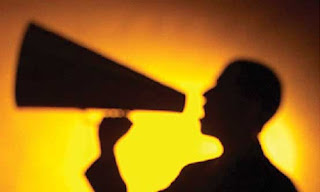 Announcing....
An update on my last post. I did the responsible thing and I chained my experience with engaging in Target Behavior. What I found was astonishing.
I certainly won't bore you with details, but I felt this was worth sharing because it really drives home a point about triggers and ultimately mental illness.
I came to understand that although I was reacting to the moment in which I engaged (conflict) and although the circumstances were distressing and very real, I was really responding from emotion mind. What I mean to say is that several weeks ago I had a trigger that was very disturbing. I didn't engage and Aj and I resolved the conflict, so to me the experience was past. However, after tracing the latest engaging experience I quickly came to realize that I have been functioning for several weeks off baseline (which of course is dangerous).
How it is that I was able to function that way for several weeks is beyond me... ok, so no it isn't really totally beyond me, I do have some theories as to how I was able to do it without too much of a disturbance to my daily routine, namely my skills. I have worked so hard and I am living a life virtually symptom free of Borderline Personality Disorder that my skills have become more of a knee-jerk reaction to experiences rather than a fight to obtain. So it naturally stands to reason that if I were functioning off baseline it wouldn't be one episode after another, but rather a bit stressful and everyday life events might seem a little more daunting than usual and easily written off to the weather changing and the sun setting earlier and earlier each day.
Not so.
In reality all that extra tension that I have felt over the past few weeks was really me working from off baseline. So then the next experience makes perfect sense that it would play out the way it did. I reach a conflict that feels too overwhelming, the pot has been boiling and BAM....I engage.
I understand it, it was perfectly caused, I took responsibility and I can move on.
I did just that and something amazing happened. Since I wasn't in spiral mode, I hadn't let the failure get me down and I was determined to fail well, it was safe for me to move forward with something that has been a long time in coming.
I was able to make the most amazing break-through with my PTSD. I have never come as far as I did last night and the most astonishing thing was yet to come. If you can believe it after my release I woke up this morning (all-be-it starved for sleep, since I was only able to get a couple hours because by the time I hit the pillow I only had a few hours until the kids needed to get up for school) I woke up, without that emotional drained, lifeless, cement feet that I have become so familiar with over the years. I was emotionally ready to take on the world. In the past times when I have made break-through's they have been at such an emotional cost that it has left me in bed for days. Not this time.
Amazing, right?
I just wanted to share this success because I think it can give hope that these skills really do work. The effort that you all are putting into your life that is worth living is just that, worth it. It will get better.
This success I wanted to shout out from the rooftops! I figured the world wide web was good enough!
~MJ
On a side note, when I was searching for my pic to head this post I found this crazy, creepy thing and I had to share it too!