Round and Round I go, where this stops? Is anybody's guess!

What it is to be me.
I have found myself in a vicious cycle. I get the energy to work hard at my current mountain. I go for it with a massive amount of gusto. Then...
Not so much.
I engage in behavior that undermines my efforts. The behavior isn't "that bad". I mean it isn't like it falls into the traditional self-harm categories. Although, if I were being honest with myself it truly is self-harm because it does one of two things, A) in the long term it is harmful for me and B) it manifests and breeds behavior that over time is directly harmful to myself.
So what do I do about it? I have been chasing my own tail trying to change it. Honestly, I still don't have the solution formulated fully. It all is still a bit fuzzy. 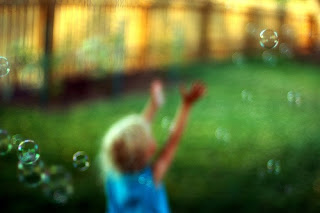 I have a plan. I decided I need to bring this all back into focus. I want to enjoy my daily life. I want to enjoy my kids and I do not want to feed them the same line of baloney of what a girls body "should" look like or what a guy "should" look like. It is ridiculous and harmful to their over-all well being.
What I commit to attacking first is how I process emotions. I am eagerly working towards rerouting that release I get when I eat into getting that release when I take walks. Walks only. Maybe in the form of hiking or trips to the park. I want to train myself that when I feel intense emotions, I get the gratification I need from spending time outside getting my body moving and breathing in fresh air.
This has proved to be trickier than I expected. I have taken this to a very literal level. During my walks I use mindfulness exercises to imagine that release I feel when I eat, but this time I imagine it working with each step I take. I talk myself through it breathing deeply. I reflect on the differences of processing my emotions through eating or through mild exercise. There obviously is a specific boundary on what level of exercise I aim for with this release. Because if I were to allow free range on this no doubt I would then run the risk of not healing this part of me, rather I would simply move it from one vice to another. I have already done that, so I know I have a habit of it, and I do not want to risk rolling this over to yet another ineffective way of coping. What I want is real healing.
I will try and post about the progress of this endeavor. I need to make this statement for myself more than anything, but this is not a deviation from addressing the trauma, in reality this is one of the very things that still impact my life because of the trauma. This is all part of climbing that mountain. I have stepped back and reorganized. The ABC's I have put into place are this:
This list may seem long, but I will use it as rules to live by for now. It is clear and concise. It takes all the guess work out of "what to do??" I feel as though I have a plan, so I am not merely flapping in the wind.

I have jump started this plan with fasting for two days and contemplating the ins and outs, my weaknesses and my strength. I am ready, today to make a difference for... today. Tomorrow will take care of itself. So I leave tomorrow for tomorrow.
Thank-you for reading this, it is the way each of you can support my efforts. Please offer your thoughts on this, maybe successes you may have in this, or perhaps to share your failures so that I can possibly use your insight to avoid failures of my own.
Sincerest of appreciation.
MJ
at 11:54 AM