Loving yourself ... enough to change the world. 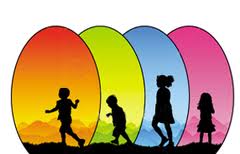 AJ and I were sitting in a waiting room at a children's mental health center. We are getting help for our eldest son, he is depressed. What we are doing for him, getting him help, is what I understand to be our job as parents. And, we are happy to do it. Eager in fact to do what is needed to help him feel better about himself and the world around him.
So here we are, sitting in the waiting room. I often wonder if other people notice the interactions that I have with my children as much as I notice the interactions that they have with their own children. What I noticed in that waiting room was amazing. The room was drab and lifeless, completely unappealing to myself or many adults let alone children. We were separated by a partition with sliding glass from the receptionists, who although they were behind the glass we could still make out, generally, what they were saying. The glass provided hardly any privacy. There were signs all over the office, haphazardly placed with scotch tape on the glass, walls and doors. Signs telling us that we are not allowed food or drink in the waiting room, that we are not allowed to open the window and that we are not allowed to use their phone. A lot of "please don't" and not a single "please do". The chairs for waiting were placed all along the walls leaving a large open space in the center of the room where they have one tiny table with a tiny toy. I have yet to see a child play at that table. So if you can picture this, with the room set up the way that it is, everyone waiting to see a therapist is sitting there staring at one another. Just waiting...no music...just muted sound from behind the glass.

This particular day there were two other families waiting as well. One was clearly new to the center, in that they were still filling out their paper work. I know this, not because I was eavesdropping, rather because when I approached the glass partition to check-in, I was met with the office personnel waving me aside and carrying on a conversation with the family sitting across the room, as if I was not standing there, about this paper and that paper and get them filled out...blah, blah, blah. So there we sat. Trying not to stare at the other people waiting.
The family that was new, sat a young girl, what I would imagine to be 9 or 10. Her father sat to her right, talking on his cellphone. Her mother sat to her left, filling out the paper work. At one point she was distracted by her cellphone's calendar reminding her of the very appointment that her and daughter were waiting for. I know this because when her alarm went off, she got a death look from another mother of a young girl from across the room. This other mother also had about a 9year old, and she (the mother) was chatting away on her own cell phone and apparently was disturbed by the first mother's alarm going off. As the first mother frantically tried to silence the alarm she announced to everyone in the room that it was reminding her to be here at the appointment. She was nervous. Her little girl however just stared straight ahead. Never flinching, never speaking. It was sad, you could feel her pain from across the room. Her mom could feel her pain and you could see her mother hurting for her daughter. I would like to believe that dad also felt her pain and that is why he was there . Although, I cannot say for certainty that he wanted to be there either. I do understand that men respond differently to those situations than women do, where I would not report that his behavior was negative, I can say it wa disconnected. But yes, he does get credit for at least being there. Which is more than I can say for our eldests' biological father.
Going now back to the other woman and her 9 year old daughter. She is the purpose of my comments today. To get the idea of the situation, when we entered the room, this woman was sitting at that tiny little table completing a mandatory form, her daughter sat along the wall shining a red laser light at everything and everyone. Her mother glances up after about 2-3 minutes and looks at her and says, "Knock-it off!" in a regular voice. Not hushed to provide a measure of privacy  between her and her daughter and the rest of the room. That was our introduction to this piece of work. Then came the death glare that she gave the other mother when her alarm went off. Then, the coup de grace, while this young mother is yammering away on the cell phone, apparently with her own mother, she announces to herself more than her daughter, that after this appointment her and her daughter will be swinging in to grandmothers house to help her with some mail she needs assistance in sorting through. Upon the daughter hearing this news, she shrugs and lets out a disapproving "Awwh" Then what does the room get to hear?
"What? Oh, knock it off! Last time I checked I was the adult here not you!" and then she resumed her conversation with her mother. Nice huh? Wasn't that pleasant?
You see, what I do not understand is why on earth is she even getting help for her daughter? It clearly cannot be by her own choice. Regardless, I honestly do not understand how she could possibly have experienced that moment with us all and not hear herself. Something that two strangers, possibly more if the other family had not been immersed in their own phone chatting and forms to be filled out, could figure out in 5 minutes of shared company that she hasn't yet. That she is her daughters problem.
Don't get me wrong, I am not saying that this little girl doesn't have other serious problems too, she very well may. I do not know all that makes up that little girls life, but I do know this...her mother is making it worse. So I look around and I see all these uncomfortable surroundings and I am looking from my son, the new little girl, this one with a foul mother and I realize how pervasive mental illness truly is.


2-5% of preteen kids are reported as being depressed. This jumps to 15% in adolescence and then to 40% for college students. Try this on for size, this is just  depression! This also doesn't include adults. Now, granted there are a lot of over-diagnosis' occurring. Even still, let's say you cut all those figures in half, we are still looking at a lot of kids are suffering. How much of that is environmental? Biological? How many cases are going unreported?


What does all this mean? Awareness is the key. Tearing down the walls of mental illness called "stigma". Mental Illness touches every race, sex, and age. It springs from so many different factors and needs a lot of healthful attention. It can get better, our children can have a better chance at addressing it then say, 10-15 years ago. I struggle with this reality; even though I have my own mental illness, I can and I am raising children with a healthy mind and a healthy image of themselves. Not only are the skills I have learned saving my life, but it is also saving my children's lives. My hard work is not only making a life that is worth living to me, but they now have a better chance as well.


Going back to our rather self-absorbed mother earlier, clearly she needs help and by the brief moment we had the displeasure of having with her, my guess is that she has no intention of getting herself help. I want, with more passion than I can put words to, to be the parent that is helping the mental health world not a parent that makes it worse.


Love our children, love them enough to love yourself.


This petition is for everyone, with or without kids. Your efforts in Mental Health Awareness makes a difference. In some cases, it makes all the difference!


Share this with as many people as you can. Encourage your friends and loved ones to participate in spreading the word. Our children are our future, what we were and what we were like will resonate through the generations, lets make a loud and lasting impression on our future...genuinely love yourself enough to make that difference for our children of the world. 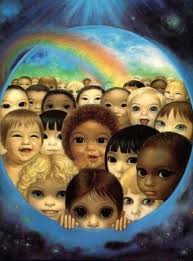