Check your doors and windows 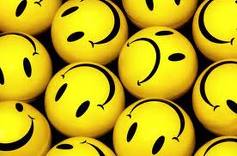 My youngest son has been increasingly having difficulty staying in his own bed. This is unfortunately something recent. As frustrating as it has been, it did shed some light on what our minds and bodies go through.
He started out just mildly complaining about "not being able to sleep without you, mommy" As I give him the standard, "It's OK sweetie, your fine...you can do it...I am confident you can...etc.etc." he continues, even more vehemently that he cannot and he is certain of it. After about 3-4 nights of this pattern, it emerges as to why he is so certain that he is not capable of sleeping without me, and that is he is afraid that some stranger will come into his bedroom and steal him.

Wow, this was heart wrenching. I was saddened first-of-all, because it took me many nights to ask "Why". That was an oversight on my part. No wonder I am taking parenting classes, right? :) Secondly, it was heart wrenching because he had exposed a sad reality of his young mind. He had allowed a fear to escalate into something unbearable and had talked himself into not being able to cope. His fear is completely unfounded. We have not been broken into...ever and we do not live in a dangerous neighborhood where AJ and I have had to be nagging the kids to shut the door and lock it constantly. Plus we are quite selective of what our children watch on television. So where did it come from? Obviously the idea has been suggested to his tiny brain from somewhere, my guess? We have had a rather highly publicized local child abduction at the beginning of the summer and the poor child has not been found yet. So I suppose he has overheard the adults talking about it and has heard about it on the news occasionally. Planting this seed of fear of being abducted.
It is similar with us. We have, for whatever reason, established certain fears. Some may be totally justified, others maybe not so much. But just as my sons young mind has ruminated over the fear to his own detriment, we allow it to stir and stir until we are paralyzed into inaction. We are frozen in time and cannot grow. I say allow, not because I think we plop ourselves on the couch and throw our hands up claiming we are too "afraid" to continue.
The way I helped my son squelch his fears about being abducted was to explain to him that the chances of an intruder gaining access to our home AND getting out with him without our notice was slim to none. OK, I said impossible. After verbally assuring him that his scenarios that he kept offering up were not humanly possible. AJ then took him around the house and showed him the locked doors and windows. We did this several nights in a row and we practiced "stranger danger" tactics for when we are out in public. After several nights of this routine, he eventually went to bed without even thinking about it.
Again, this same method works for us. Somehow seeing the process through the eyes of a concerned mother for her sad and afraid child I knew exactly what to do. But when it comes to me and my fears, I am paralyzed. I figure this can literally be as effective with my fears as it was for my four-year old's fears. Because in reality a lot of my fears are time traveling related, not justified fears. When my fear starts to take over, I am most likely suffering the past or suffering what I think will be the future. OR the other scenario is that a real life trauma has left me frightened about certain things and of course they are justified fears, chances are however, that they are not justified in the moment.
So what do I plan on doing? Well, I am going to check my doors and windows. I am going to assess my circumstances and eliminate anything that can infringe on my safety. Real, not imagined safety infringements. I will be securing myself by not partaking in questionable or dangerous activities, I won't be putting myself in harms way by the choices I make say, in my social life. Examples would include drinking binges or a "partier" lifestyle. Toying with recreational drugs or spending my personal time surrounded with persons that are deeply entrenched in that lifestyle. Choices like these would be like leaving my door and windows wide open and posting a "Please abduct me" sign on the door. Since not all of my fears can be squelched by physical changes or by locking these doors and windows, and since our brains are the ones that have the ability to exploit the fear and make it something out of control, I also plan on practicing my "stranger danger" aka DBT skills. I need to be practicing regularly. I would not expect my son to know what to do if a stranger nabbed him in the park if he had never gone over the scenario at home, with us. I cannot expect myself to know what to do in crisis or trigger if I have not learned a skill and practiced it.
I really felt an appreciation for this series of events with my son. I look forward to taking the time to check my doors and windows!
MJ